By Laurence ZalokarAugust 13, 2018exercise
No Comments

Note: We are all huge fans of exercise and incorporate it into our lives most days. But we feel it’s important to understand the relationship between exercise and weight loss.

we catch up with BBC journalist Dr Michael Mosley. In the above video, he shares with us his discoveries when it comes to exercise, calorie counting and why it’s not the best approach to shift that abdominal fat.

Now if you are not familiar with doctor Michael Mosley, he’s a British television journalist, producer and presenter who has worked for the BBC for many years. He’s probably best known as a presenter of television programs on biology of medicine, and has regular appearances on The One Show. More recently he’s been well known for the 5:2 diet which is regarding intermittent fasting.

I mean what’s really scary is that  the rates of diabetes soaring. But also, and we talk about type 2 diabetes, but type 1 is also on the way up.  So is gestational diabetes which is a form diabetes women get during pregnancy.  But the really big growth is in type 2 and also in what’s called pre-diabetes which happens when you have a blood sugar level which is above normal.   If you add pre-diabetes to diabetes, then around half Australian population have abnormal blood sugar levels and most of them don’t know it.

This is primarily driven I think by the weight that’s being put on, particularly weight around the gut, around the tummy.  But also a diet which has become much more processed, and  heavier reliance on starchy foods and sugars. That’s really happened since back in 1980. 1980 is really when obesity took off and overweightness and diabetes really took off all around the globe. It’s not just in UK, Australia, America.  But you get places like Mexico which is now the fattest country in the world. Their rates of diabetes and pre-diabetes is off the charts. The Middle East weight used to be negligible, now 25% population. Places like Vietnam, again almost none, 20 30 years ago, now 10% the population. It’s a worldwide phenomenon. 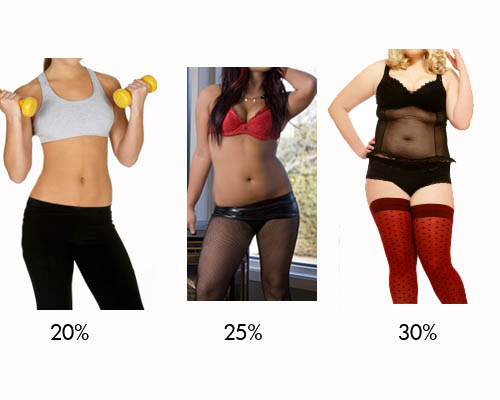 Body Fat percentage and how it looks.