How to Manage Reflux Heartburn, also called acid Reflux,, is when the muscles of your lower oesophagus don’t work right. This causes food and acids from the stomach to flow back — or reflux — into your esophagus.

Things like food and certain medications can aggravate it. To make symptoms easier:

Don’t go to bed with a full stomach. Eat meals at least 2 to 3 hours before lying down. This will give food time to digest and get out of your stomach. Acid levels will also go down before you put your body in a position where heartburn is more likely.

Don’t overeat. Eat smaller portions at mealtimes, or try to eat four to five small meals instead of three big ones.

Eat slowly. Take time to eat. Put your fork down between bites.

Avoid foods and drinks that can bring on heartburn symptoms.

A  diary is a good way for you to figure out which foods cause your symptoms. 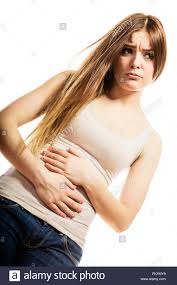 Shed some pounds. If you are overweight, it can help you feel better.

Stop Smoking. The nicotine in cigarettes can weaken a part of your body called your lower esophageal sphincter. That muscle controls the opening between your esophagus and your stomach. When it’s closed, it keeps acid and other things in your stomach from going back up.

Avoid alcohol. If you want to unwind after a stressful day, try exercise, or deep breathing instead of a drink.

Eat earlier. Try not to eat for at least 3 hours before you go to sleep.

PPIs [ NEXIUM, LOSEC, PARIET, SOMAC etc ] for the treatment of Reflux are linked to a heightened risk of pneumonia even two years after initiation in older people, a large study suggests.

Gastric acid played a vital role in the body’s response to bacterial infection, and reduction in its secretion with PPIs might explain the increased incidence of infectious diseases.

The medication has also been linked to higher rates of Clostridium difficile infections, osteoporotic fractures and cardiovascular disease, they added.  There is also an increased risk of dementia and possibly cancer.