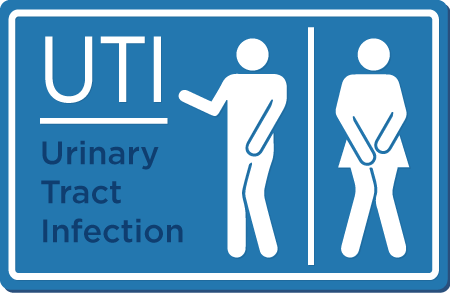 By Laurence ZalokarSeptember 25, 2019UTI
No Comments

When Pippa Anderson woke with pain in her kidneys, her bladder constantly full and discomfort going to the toilet, she knew she had the symptoms of a chronic urinary tract infection.

After testing positive for a UTI, her GP started her on the usual treatment: a three-to-five-day course of antibiotics.

But the symptoms didn’t budge. Over the next six weeks, Ms Anderson returned time and again to her doctor for more antibiotic treatment.

It didn’t help. And now, the classic UTI dipstick test was coming back negative.

Pippa was left in a nightmare scenario: strong pain, no diagnosis, and no effective treatment.

“Eventually I was told ‘this is it for you for life’,” she says.

“Every time the doctors tested me, it was the same answer: ‘It’s not a UTI, so there’s not much we can do.'”

Ms Anderson thought she was alone, but many women share her experience. They have UTI symptoms for years, but standard tests don’t provide a diagnosis and standard treatments don’t help. Some women are simply told it is all in their heads.

But a series of new studies by research teams around the world suggest what they feel is real, and that it’s the standard tests that are lacking.

If these studies are right, a huge number of women who have UTIs — as many as 80 per cent — are being turned away.

“The test we currently use for urinary tract infections is primitive and has never been properly validated,” says Professor James Malone-Lee, a world leader in the study of chronic UTIs.

“We’re still using the same test we were using 70 years ago.”

Until recently, UTIs have been tested and treated using a “rapid dipstick test”, which involves testing a urine sample at the clinic, or a urine culture test, where your sample is sent to a lab and tested over the course of 24 to 48 hours.

But the new research suggests these tests could be missing between 50 to 80 per cent of UTIs.

These “missed women” can end up suffering mystery pains for years, believing they cannot be caused by a UTI because the test has already ruled that out.

In a typical UTI, bacteria infects the inside of the bladder, and can be detected in urine. In these cases, the dipstick test works and the women receive appropriate treatment.

But a series of new studies, including those from Professor Malone-Lee’s lab, show some bacteria can get inside the cells lining the bladder. Hidden, they lie dormant and cannot be detected in urine.

The short course of antibiotics used to kill the infection doesn’t penetrate these cells, meaning it survives standard treatments.

These women, Professor Malone-Lee says, have a different type of UTI: a chronic UTI.

So how can we tell when someone testing negative actually has a UTI? By looking at their symptoms, says Professor Malone-Lee.

“To understand what’s really behind UTIs, we went back to the basic principles of the late 19th century and early 20th century, and we asked, what do we know shows someone has a UTI?” he says.

“That’s pus cells and white-blood cells in the urine.”

These white-blood cells can be spotted floating in urine under a microscope by any GP.

Alexandra Mowat from the UroGynaecological Society of Australia says that, while interesting, the chronic UTI research is still “a theory rather than anything established”.

“At the moment many people would agree that chronic UTI probably exists — we just have to do more research into its causes,” she says.

Dr Mowat agrees it is important not to dismiss women when tests come back negative.

“We should be looking harder if people get a negative result, but present with UTI symptoms,” she says.

“In highly resourced clinics, we can ask the microbiologists to look for the DNA of certain bacteria which are hard to cultivate but that are known to cause bladder symptoms, such as gonorrhoea, chlamydia and mycoplasma.”

For Ms Anderson, a chance meeting with Professor Malone-Lee finally changed her life.

“I was told almost immediately that I can get better,” she recalls.

The treatment was straightforward: one antibiotic, meted out over two years. Ms Anderson says by month four, she was in “significantly less pain”, and that by the end of the two years, she was totally clear.